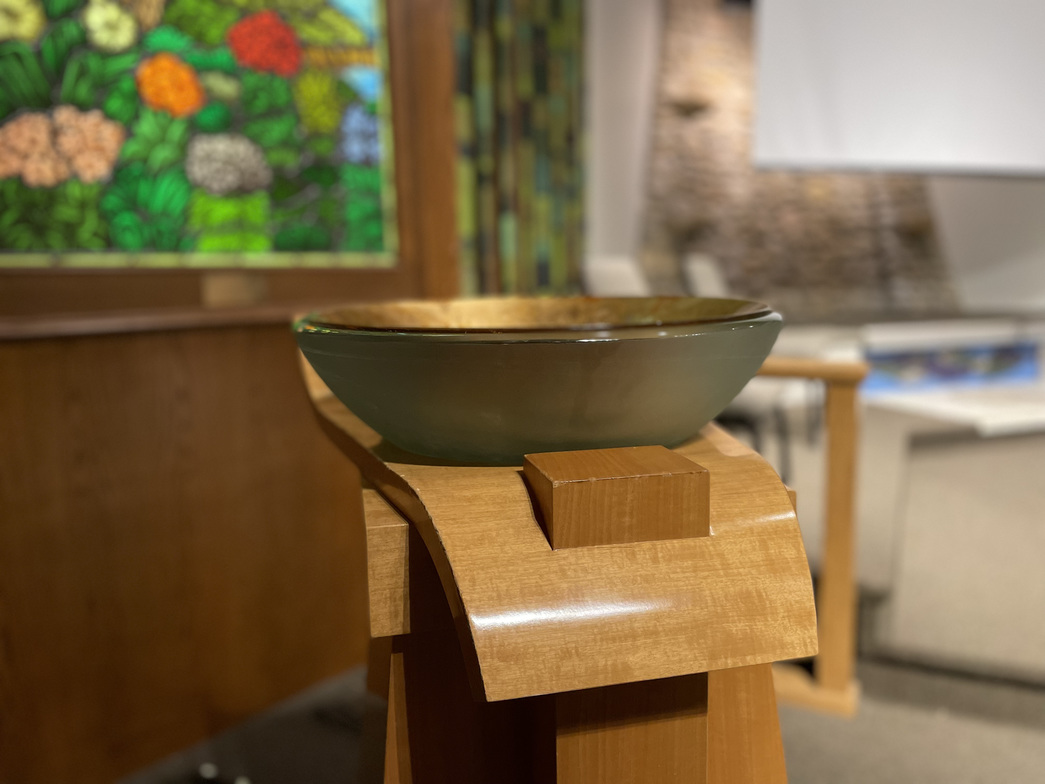 I wrote this first in about 1995, shortly after my grandson Reuben was born early in 1990. We were members of a Christian Reformed church then, and in that tradition babies were baptized as soon as feasible, often depending how soon the extended family could come together. Where possible, one of the grandmothers would hold the baby during the service, to be handed over to the Dad or Mom when the actual baptizing time came. My wife, Johanna, would normally have been the “holder,” but as she had broken her leg just before and, uncomfortable in a large cast, the family decided I would be the one to hold Reuben. Some time later I wrote the following.

Some years have passed since the baptism of our grandson Reuben, but it was such a spectacular day that the memories have persisted. Before the service family members from both grandparental sides came together in the parents’ home for a glass of wine and a plate of nibbles, while afterwards we all enjoyed a simple evening meal, dessert-ed with double-rich chocolate cake.

The baptismal liturgy itself drew the whole congregation and extended family around the promises of God for this baby, voiced by one grandparent from each side. The sermon afterwards wove the mystery of God's grace around all our lives, Reuben’s baptized forehead still damp.

Older brother Aron (6) was quiet through it all, but Caleb (3 1/2) took an active role. His loud and clear voice could be heard on occasion, with a loud "Amen" in the middle of the sermon when a first point of climax had been reached.

Baby Reuben behaved impeccably. I know, for he resided on my lap throughout the service, fresh as a daisy in the same baptismal gown his mother, our daughter, had worn more than 27 years previously. During the singing his eyes were glued to my lips, and his own lips moved in that special 6-week-old way that indicates a strenuous attempt to take part in conversation. He slept during the sermon, but only for five minutes. The rest of the time he looked up or turned his head to where the sermon voice came from, and he made "talking" noises more than once. Once he squirmed and stretched and came close to crying, but as he had been fed just before the service, I counted the unrest as gas, and indeed a mighty burp was produced in short time over my shoulder.

I had never been a baby care giver in church before, and while I loved the experience, it was hard work. I had to watch him all the time. I could not pay attention to every sermon word, of course, and parts of it slipped me by. But one observation I did catch, and with it immediately took issue. The preacher said, ". . . even though Reuben doesn't understand it . . ." ("It" meant the event, not the liturgical words). I can say with great conviction: Reuben understood. Reuben knew (in Reuben's baby ways which are a mystery to us) what baptism was. His body responded, his mouth responded, his eyes responded, his voice even responded. Here was a full human being, young and inexperienced it is true, but fully person before the face of God. Reuben was aware as I could easily tell. Fully part of a nuclear, extended, and also church family. He didn't have to pass an age- or other exam before being admitted to membership in God’s people as well. That's what God’s covenant with humankind is all about: God offering his grace to all of us without conditions on our part. Reuben knew even though he could not talk about it. Reuben told me he knew by his actions. Reuben and I were bonded together by knowing, each in our own way.

And all that made the whole event spectacular.