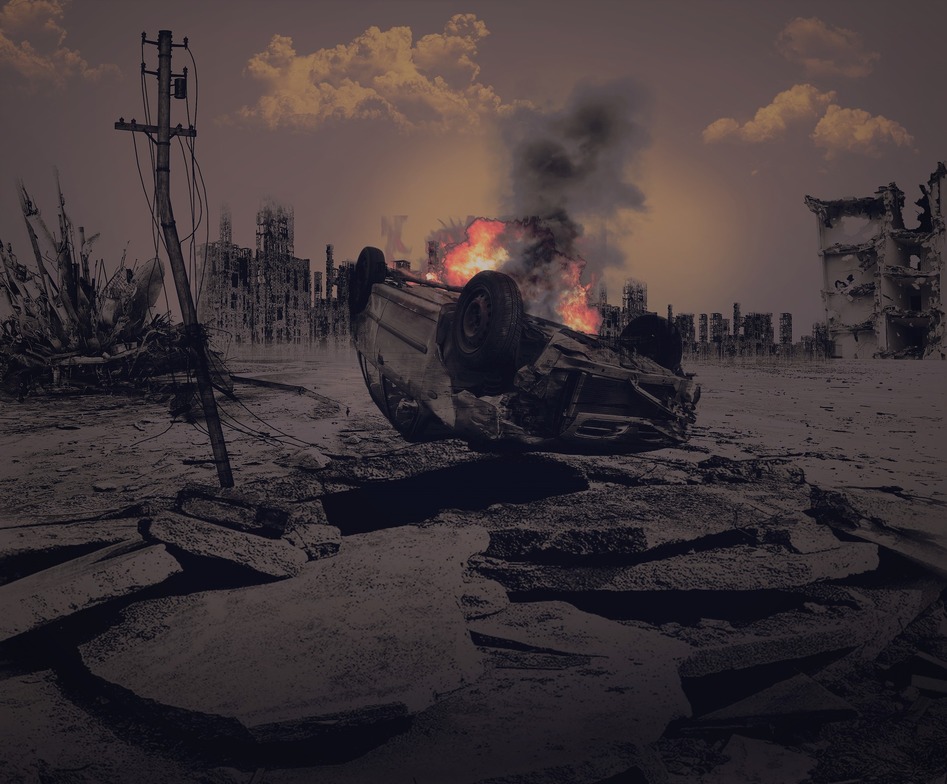 My wife Johanna and I were both five years old when World War II began. She lived in Rotterdam when on May 13, 1940 the Germans bombed the city, and not just military targets. City centre destruction all around. While Johanna’s street was spared, for days bits of blackened paper came down like snow in winter.

I lived in the city of Groningen in the north when liberation came in April 1945. Groningen was deemed vital by the Germans as the last Dutch city before the German border, hence it was fiercely defended by 7,000 soldiers. It took the Canadians four days of hard fighting to capture the city, and most of its centre was destroyed.

So as both of us now watch TV news and see the destruction of Ukrainian cities, memories come back. We are horrified seeing ordinary people and many children once again leave for futures unknown as cities are turned into rubble.

And I began to brood upon something else. The Post WW II era has been a period of unprecedented prosperity and peace in the West and North America. Soon after the end of that war the US decided that Western Europe’s industries and infrastructures needed to be rebuilt in a hurry, also to strengthen those countries against the perceived threat of Communist USSR. It shaped a Marshall Plan providing investment funds for rebuilding, and countries like German and The Netherlands responded with what later would be called restoration miracles. Western European nations also decided to build formal alliances that would especially include Germany, the UK and France, the countries that had a long history of making war with each other. The EU (European Union) would put an end to “wars and rumours of wars”, at least in Europe. And when the Soviet Union collapsed, and Eastern European countries—for a time dominated by the USSR—got themselves free, First World peace began to loom eternal.

But, or so it seems, as cities were rebuilt, wealth increased, and peace seemed guaranteed, churches began to empty. The church building our family attended is long gone, as are so many church buildings in so many cities. Who needs God when peace reigns and you have enough money to go on lengthy vacations in countries you would not have dreamed visiting before? Flying in airplanes every bigger and faster. Fill your house with an array of conveniences. Have a car (or two) in your driveway or (heated) garage. Who needs God?

And our culture quit talking about sin. Simply put, sin was deemed another word for ignorance. Humanity becoming civilized, morally purified, with the help of its own science and technology, with its own brains. We live longer now, healthier also. Whatever wars still rage, they are far away. Whatever tyrants manage to secure power, they are also far away, and we have democracy … forever. If politicians don’t provide every more goodies for us, we simply vote them out of office. Who needs God, indeed? And who needs the Bible, especially because it contains so many stories of conquest and violence, stories we have left far behind with our peace and prosperity. Life turned into a long warm wind Springtime.

But now we have Putin. And he is storming a democratic nation with the icy shower of missiles and bombs, not caring how he is destroying the lives and livings of women and children, and turning cities into the Rotterdam and Groningen-type ruins. Who would have thought that we’d get another Stalin, another Hitler, another Idi Amin?

Evil has returned, while we thought we had conquered it. Suddenly the Psalms ring true again, Psalms like Ps 18 and Ps 68, which cry out to God for delivery of mighty enemies. Enemies more than Putin and his oligarch protection ring—perhaps also enemies like Individualism, Autonomy, and especially the goddess Economy, which may be turning all of us into modern slaves as we are compelled to increase the GDP every year. And aren’t we finding out that the democracy we so counted on is far more fragile than we thought?

So, maybe we have to begin re-examine our faith, realizing that the world that seemed to have changed so much for the better is actually not that far different from the worlds in ages past. The same human nature. The same idols. The same violence. May God have mercy on the Ukrainians … and also on us!