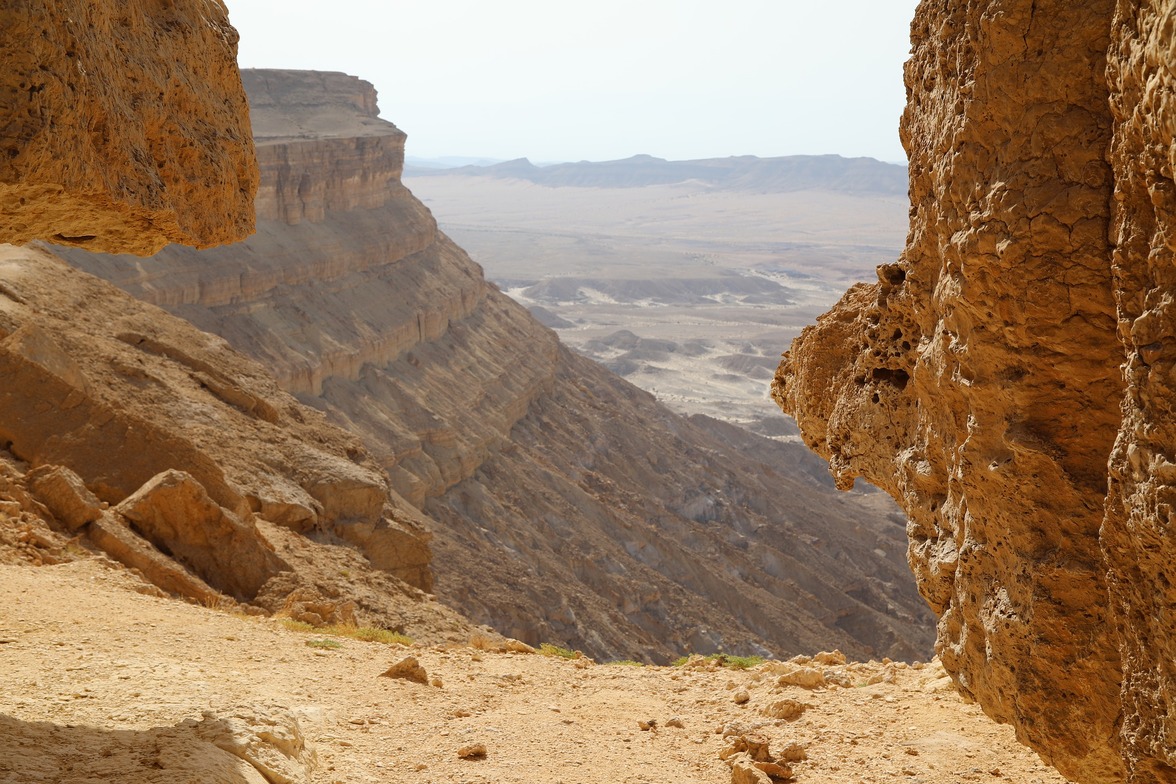 Six days before the Passover Jesus came to Bethany, the home of Lazarus, whom he had raised from the dead. There they gave a dinner for him. Martha served, and Lazarus was one of those at the table with him. Mary took a pound of costly perfume made of pure nard, anointed Jesus’ feet, and wiped them with her hair. The house was filled with the fragrance of the perfume. But Judas Iscariot, one of his disciples (the one who was about to betray him), said, “Why was this perfume not sold for three hundred denarii and the money given to the poor?” (He said this not because he cared about the poor, but because he was a thief; he kept the common purse and used to steal what was put into it.) Jesus said, “Leave her alone. She bought it so that she might keep it for the day of my burial. You always have the poor with you, but you do not always have me.” (John 12:1–8, NRSV)

And so, we come to the anointing at Bethany. This event marks the turning point of John’s Gospel. Jesus has set his face toward Jerusalem. Instead of remaining an agitator in backwater Galilee—safe from the religious and political authorities—Jesus is now preparing to meet his destiny.

Shortly before this episode (in chapter 11), Jesus had famously raised Lazarus from the dead. In so doing, he has triggered a chain of events that will very soon nail him to a cross. The high priest and the Pharisees hear the reports from eyewitnesses. Jesus has really outdone himself this time. He did not simply heal a leper or drive out a demon. No. This time he brought back to life a man who had been in the tomb four long days.

As the news spreads that Jesus has brought his friend Lazarus back from the dead—such a sign, such a promise of what is to come ... As this news spreads, the religious leaders panic.

“We have to put a stop to this,” they say. “People will believe in him, see him as truly the Messiah—and that will provoke the Romans to come in and destroy our temple and our nation.”

Right in the midst of all of this turmoil and danger, Jesus’ friends throw a party. That’s right. Martha—the earnest, hard-working hostess; her brother Lazarus, fresh from the tomb; and their sister Mary—the passionate one ... They decide to celebrate.

But not dead long enough to deter Jesus and the power of his love—not even if the consequence will be Jesus’ own death. Today’s beautiful story of extravagant love—Mary’s anointing of Jesus with expensive perfume—is set just on the outskirts of Jerusalem … Jerusalem, soon to be the site of the most extravagant love-offering of all time.

So the family of Lazarus gathers to honour Jesus, and to try to thank him for all he has done. Yet, at this party, death is everywhere. Lazarus sits and talks with his friend, Jesus, who will soon be laid in a tomb himself. Can you imagine the conversation between them, one so lately returned from the grave and the other one on his way there?

Jesus knows he is a marked man. Earthly powers—always so easily threatened, even by a single truth-telling prophet—earthly powers are preparing to destroy him. He knows his days are numbered, and everyone else, also, must at least suspect it. All around them is the smell and the feel of death—the tomb outside, probably still open, waiting for the next occupant; the expensive nard, perhaps left over from the anointing of Lazarus only a few days before.

Things are tense, and you know what happens when people get tense and anxious. They start picking at one another, criticizing one another, counting the cost of everything, losing sight of the big picture and missing the point.

But not Mary of Bethany. Not Mary the passionate one—the one who loves Jesus with her whole heart, who loves to sit at his feet and listen to him. Not Mary, full of love and gratitude and without inhibition. No. Mary allows nothing to hold her back. Better than anyone else—even more clearly than the men who have been following Jesus all this time—Mary sees the big picture. She gets it. She recognizes who Jesus is—and she understands what it means. She knows what lies ahead of him, and she feels compelled to act.

And so, she does things not considered acceptable in polite company in that culture and time. She unbinds her hair—loosens it as women did only for their husbands ... or when they were in mourning. She pours expensive balm on Jesus’ feet—his feet, as one would anoint a corpse, not a king. Mary touches Jesus even though she’s a single woman—a shocking thing—and then she wipes his feet with her hair.

You may remember how, in John’s Gospel, Jesus began his ministry with an extravagant miracle, providing over 120 gallons (about 500 litres) of excellent wine at a wedding feast. Now, his ministry draws to a close with Mary’s extravagant offering of expensive ointment, a passionate display of love and caring that perhaps only the two of them fully understand.

John the Gospel writer adds only a few words of commentary; a few words—but important ones, and helpful to us as we look on. Helpful because—let’s face it—this account in John’s Gospel is kind of bizarre. The ointment or “costly perfume” that Mary pours on Jesus’ feet was, we are told, worth at least 300 denarii. That’s a lot of money!

Thirty-six thousand dollars! And Mary poured it all on Jesus’ feet. I wonder what her sister Martha thought.

Let’s be honest. In all our commitment to the poor, would we not be tempted to say, as Judas did, “What’s going on here, anyway? Why are we wasting expensive perfume instead of selling it and buying, say, food for the hungry?”

I could almost support Judas here, but John’s commentary pulls me back.

“You know,” he says, “Judas doesn’t really care about the poor. He steals from the rest of the disciples. His heart is not in the right place. Watch out.”

Perhaps the only thing worse than not caring about the poor is pretending to care about them. Here, on the edge of his act of betrayal, Judas pretends to know what it means to follow Jesus.

But it is Mary who teaches us what Christian discipleship means. In this passage, she appears to be the only one who recognizes who Jesus really is. Just as importantly, she recognizes who she is as his follower: one who serves, one who anoints, one who gives extravagantly without counting the cost—one whose response to Jesus is an act of selfless love.

Think about this: in the Gospel of John, at his last supper with his disciples—in the very next chapter after this one—Jesus gets up from the table and ties a towel around his waist and pours water in a basin and washes his disciples’ feet. That is what he wants his followers to do, also. But he doesn’t just tell them, he shows them. “Do as I say,” he says, “and do as I do.”

Mary has already learned that lesson beautifully. She acts from her heart, responding to all that Jesus has been for her. And her example demonstrates—for us—this truth: it is never a waste to give from the heart, without counting the cost.

When you love someone—really love someone—it just flows from your heart, doesn’t it? You want to give them not just your stuff—whatever it is and however expensive it is—but you want them to know how you feel! And it doesn’t matter if it’s the last jar of expensive nard on your shelf, does it? You want to crack it open and pour it out—because your heart is full to the brim, and overflowing. This woman who takes an expensive jar of perfume and lavishes it upon Jesus’ feet is making a heartfelt gesture, because she knows what it means for Jesus to come to the end of his journey. Her heart is full. And her heart is breaking.

Palm Sunday is coming, the week after next. Today, Jesus is on the outskirts of Jerusalem, preparing to enter the holy city as the Prince of Peace, even while those who rule by violence are preparing to murder him. Even though Jesus has no weapons and no army behind him, he strikes fear into the heart of every petty ruler.

Now, he is headed toward an awful confrontation with that fear. But first, he rests for a while with his friends, with the people who love him. They are doing what they can for him, even though the time is short and the hour is at hand to lose the one they love.

And perhaps that’s what we are about, as well, at this point on our Lenten journey. Are we not also looking for some time like Mary spent with Jesus in Bethany? Time to cherish the gift of Christ, here and now? Time to spend with him, while he is still with us?

This coming Sunday is the final one in Lent. As our pilgrimage nears its conclusion, we turn with Jesus toward Jerusalem. Toward a triumphal entry, to be sure, upon a donkey’s back ... but also toward Gethsemane and the Sanhedrin’s court; toward Pilate’s headquarters, and ... the cross.

As we walk these final steps, may our vision be clear, and may our hope be fixed on the One whom we follow. Amen.