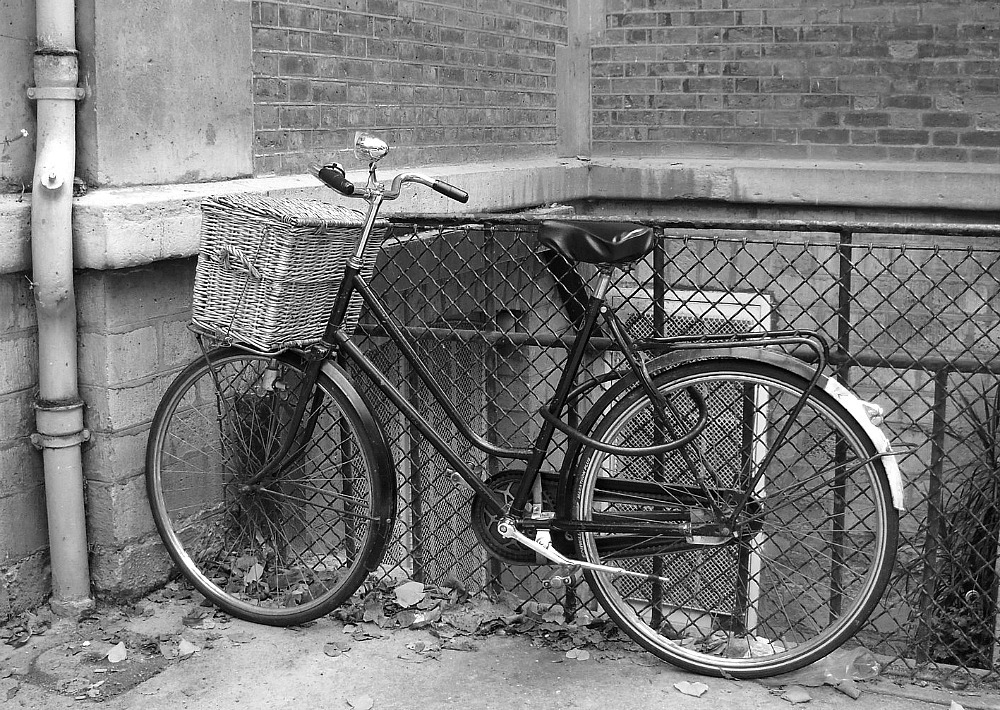 Although all this happened a long time ago in late December 1953, I remember it well … and often. I worked as a clerk in a self-serve grocery store in Amsterdam, one of only two small replicas of big US supermarkets in this city. We worked six days a week and long hours each day. I lived in a small town 34 kilometers away, and it took a train leaving at 7:00 AM plus two streetcars in the city for me to reach the story by opening time, 8:00 AM. And I’d be lucky to get home by 7:45 pm each day. But I enjoyed the work and my colleagues.

The store, located in a working and lower middle-class district, sold mostly common groceries: sugar, salt, vinegar, jams, pickles, cheese, cold cuts, common cereals, vegetables, soft drinks, fruits and soups in cans, cookies, etc. No bread. No roasts and chops. But in its small delicatessen section you could find choice of imported items such as canned turtle soup (delicious but now illegal), genuine pate de foie gras, caviar in small glass jars, exquisite jams and marmalades, canned white asparagus, and other mouth-watering items. I loved the looks of Del Monte peaches in cans because of the beautiful yellow-orange half peach against the green background label. This department also featured a limited selection of red and white wines.

My story takes place a few days before Christmas, on a typical Dutch December day: dark, windy, raining off and on. Towards closing time, a well-dressed man wandered in and looked for my boss. I saw the two of them talking, and then my boss looked around until his eyes found me and his hands beckoned me. “This gentleman,” he said, “would like to purchase some delicatessen items, and then he would like you to deliver them to an address he’ll give you.” I grabbed a basket and took the man to the mouthwatering section.

My weekly wage amounted to 25 guilders. When he was through buying cans and jars and bottles and packages with my encouragement and explanations, the bill came to one hundred guilders! The items filled two cartons. He paid, gave me the address plus directions … and ten guilders as a tip. And, he said with great emphasis, I was not to give the recipients any information about the donor!

The address wasn’t all that close to the store. We didn’t have a delivery van—I had to bike there. Not on an ordinary bike but the store’s delivery and pickup bike, heavy and sturdy with a reed basket sitting on a steel platform over the front wheel. No gears, no brakes, and the chain would rotate for as long as the bike moved. You had to learn to ride it, especially through a busy city with streetcar rails always on the lookout to catch your front wheel and smack you down. Wet streets were an added danger. My then 140 lbs (ah, the memory) had to call on agility and boyhood skills to get there in one piece, especially with a rather heavy load over the front wheel. But I managed to get to the address, parked the bike, took the two boxes out of the basket, and discovered that I had to climb a set of outside stairs to the front door. I rang the bell, and soon heard footsteps on the other side, clearly coming down another set of stairs. The door opened and a young man, my age actually, looked at me with a questioning face. “I am here to deliver this,” I said, pointing to the two boxes I had put at my feet. Astonishment. “Come in,” he said. He took one box, and I followed him up the stairs into a living room with the other. A barren living room. Two chairs, a cheap table, one picture on the wall, a few books standing upright in the corner, an upside-down orange crate with a piece of cloth and a single flower in a vase in the corner. Poor. Desperate? An equally young girl, clearly pregnant, came in from the kitchen.

Those two unpacked the boxes, aligning item by precious item on the floor, not saying anything, glancing up at me once in a while. Until finally the girl, with tears on her cheeks, said, “Dad.” And after they unpacked, they asked me if I was sure all this was for them, and who had sent these? Yes, and I couldn’t and wouldn’t tell them. The young man then reached into his pocket for a guilder coin for me, but I shook my head and said that my boss did not want me to accept any money for deliveries (not true!). And then I biked back. The store was already closed for the night but my boss was waiting for me, and then he drove me to the railroad station, a rare treat.

Whose Dad? Why the secrecy? Who were these two and how had these teenagers come to live here in these poor circumstances? Who loved them still and who didn’t? Why delicatessen and not twice as much plain food? And what would Christmas have been like for these two that year without that gift of love?